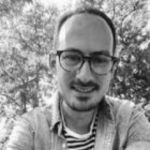 Presented by Ben Atkinson every Tuesday evening from 7pm

Ben’s interest in country music began as a child, discovering the music collection of his parents and grandparents. Over the years he has written extensively about the genre, focusing his research on the changing British attitude to country between the 1960’s and the present day. In March 2020, Ben set out on the next stage of his journey into the history of country music, by embarking a PhD study where he will evaluate gatekeepers and their impact on the success of female performers in modern American country music.

Ben has been a member of the Country Music Association of America (CMA) since 2014.